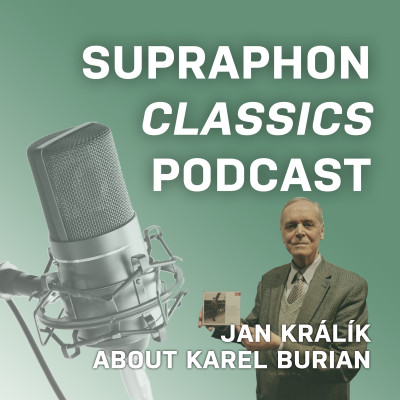 Jan Králík, a linguist, a dedicated guide to the world of music (especially opera) and the editor of Karel Burian's set of recordings, talks with music publicist Marek Šulc about the legacy of the famous tenor and one of the greatest opera singers of his time. On the occasion of last year's 150th anniversary of Burian’s birth and the release of his precious historical recordings, they reveal interesting facts from his life. In the beginning of the 20th century, Karel Burian was a Metropolitan Opera star, who also dazzled audiences in London, Paris, Zurich, Munich, Bayreuth, Dresden, Berlin, Prague, Vienna, Budapest and elsewhere. When asked why he did not appear in German operas, Enrico Caruso answered: "I can sing something, whereas Burian can sing everything." By listening to our podcast, you have the unique opportunity to get to know the context and interesting facts about Karel Burian and his recordings, which he made at the beginning of the gramophone era.